AQUA – A Dance with Nature

On the weekend I attended a showing of “AQUA”, a film about the Great Barrier Reef written and directed by Toni Houston and produced by Bettina Richter, cinematography by David Hannan and music by Danish electronic group Safri Duo. 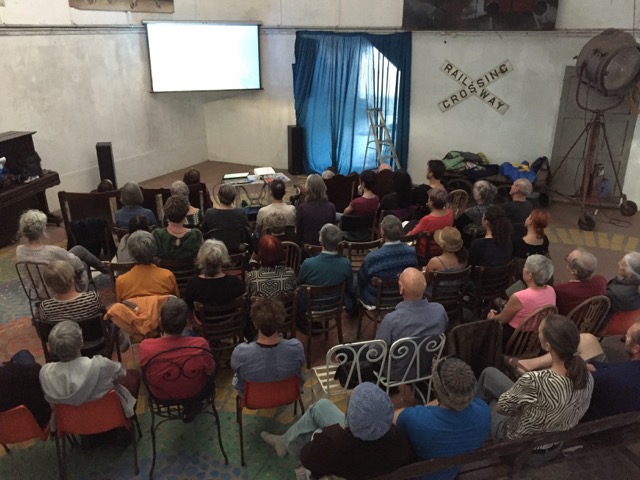 The film was created for and shown seven years ago as part of the cultural program at the Copenhagen Climate Change Conference – it was the only Australian documentary shown there at the time. This year we heard the news that 95% of the coral in the northern 1000km stretch of the Great Barrier Reef is bleached, and it seemed like an opportune time to revisit the film.

Lena Kuppens has been organising the Community Documentary Program in Cobargo for over a year now. She started off in the CWA Cottage, but the popularity of the screenings required a larger venue and thanks to the generosity of Rowan Dixon, the Old Butter Factory has now become the home of the monthly screenings.

Toni said in her introduction that she wanted to get away from the David Attenborough “omniscient narrator” style of nature documentary and let the images speak for themselves. Edited to the powerful music of Safri Duo, David Hannan’s wonderful underwater footage shows the pulsating life of the Reef  as it was – always beautiful, sometimes cruel, often humorous scenes of incredible lifeforms and energy. 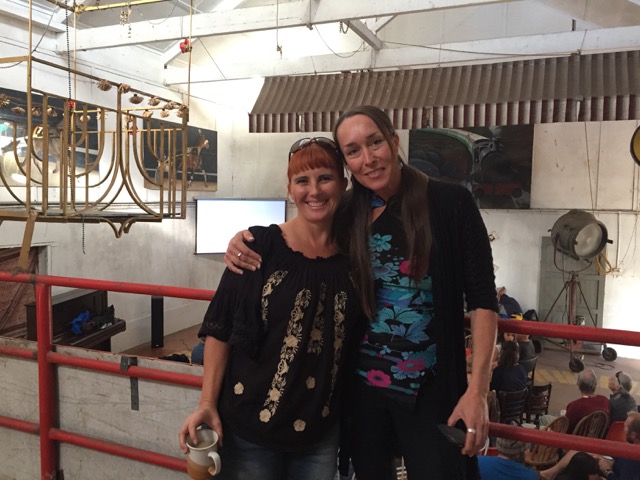 When Toni and Bettina showed the film in Copenhagen in 2009, the prediction by experts was that we could see the demise of the GBR by 2050. The cumulative effects of climate change, poor water quality, coastal development, impacts from fishing and weather events were listed be the causes at the time.

Seven years on, it seems like the deterioration is happening much faster than anyone thought possible.

Bettina mentioned that despite the fact that tourism to the Reef brings in an estimated $6 billion per annum to Queensland and provides an estimated 70,000 jobs, both the Queensland and Federal governments have been strangely silent and lacking in action. In 2015 Queensland’s Auditor-General found that the state government’s response to water quality for the preceding 12 years had been “uncoordinated, lacking in purpose and held no-one accountable.”

Hands bound and mouths gagged by business and political interests, particularly the coal mining sector, and with scientific research facing multiple budget cuts, it seems that Australia has forsaken its responsibility as the caretaker of one of the world’s great natural wonders, said to be the largest living thing on the planet.

Let’s hope that further showings of “Aqua” provide a call to action in this election year.

Published by: Hiromi in Uncategorised